Bats are the ancestral reservoir of lyssaviruses including RABV and a remarkable diversity of species perpetuate distinct lyssavirus lineages across the world (see Classification). Unfortunately, much less is known regarding transmission of lyssaviruses in bat reservoirs (see Bats and Conservation). Sympatric bat species may contribute to lyssavirus circulation within one or more reservoir hosts.

Rabies can be transmitted to humans by the bite of an infected bat. Approved rabies vaccination can prevent the disease and bat handlers are recommended to be preventively vaccinated. Post-exposure prophylaxis should be considered when contact between a human and a bat has occurred unless the exposed person can rule out a bite or scratch, or exposure to a mucous membrane (see Prevention).

In Europe, six different lyssavirus species are known to circulate in bats. European bat lyssavirus 1 (EBLV-1) is widespread and has a specific association with the Serotine bat (Eptesicus serotinus, on Iberian peninsula E. isabellinus) while EBLV-2 is associated with the Daubenton’s bat (M. daubentonii) and has been reported from a few countries only. Bokeloh bat lyssavirus (BBLV), a novel lyssavirus, was isolated on several occasions from Natterer’s bats (Myotis nattereri) from Germany and France. Single isolations were made from a Common bent-winged bat (Miniopterus schreibersi) from the Caucasus region that tested rabies positive and the isolated lyssavirus was named West Caucasian Bat Lyssavirus (WCBV). In addition, Lleida bat lyssavirus (LLEBV) was isolated from a rabid bent-winged bat in Spain and France. Recently, a tentative novel member of the genus Lyssavirus, designated as Kotalahti bat lyssavirus, was detected in a Brandt’s bat (Myotis brandtii) in Finland.

During the last four decades, more than 1100 bat rabies cases were reported in Europe. The majority of positive bats originated from Denmark, the Netherlands, Germany, France and Poland, counting for more than 90 percent of all positive bats recorded for this time period. Sporadic cases of bat rabies were also detected in Spain, Switzerland, Great Britain, the Czech Republic, Slovakia, Hungary, the Ukraine, Russia, Norway and Finland. The great majority of all bat rabies cases is caused by EBLV-1. Although the level of bat rabies surveillance in Europe is still very heterogeneous, it can be assumed that bat rabies occurs all over Europe. 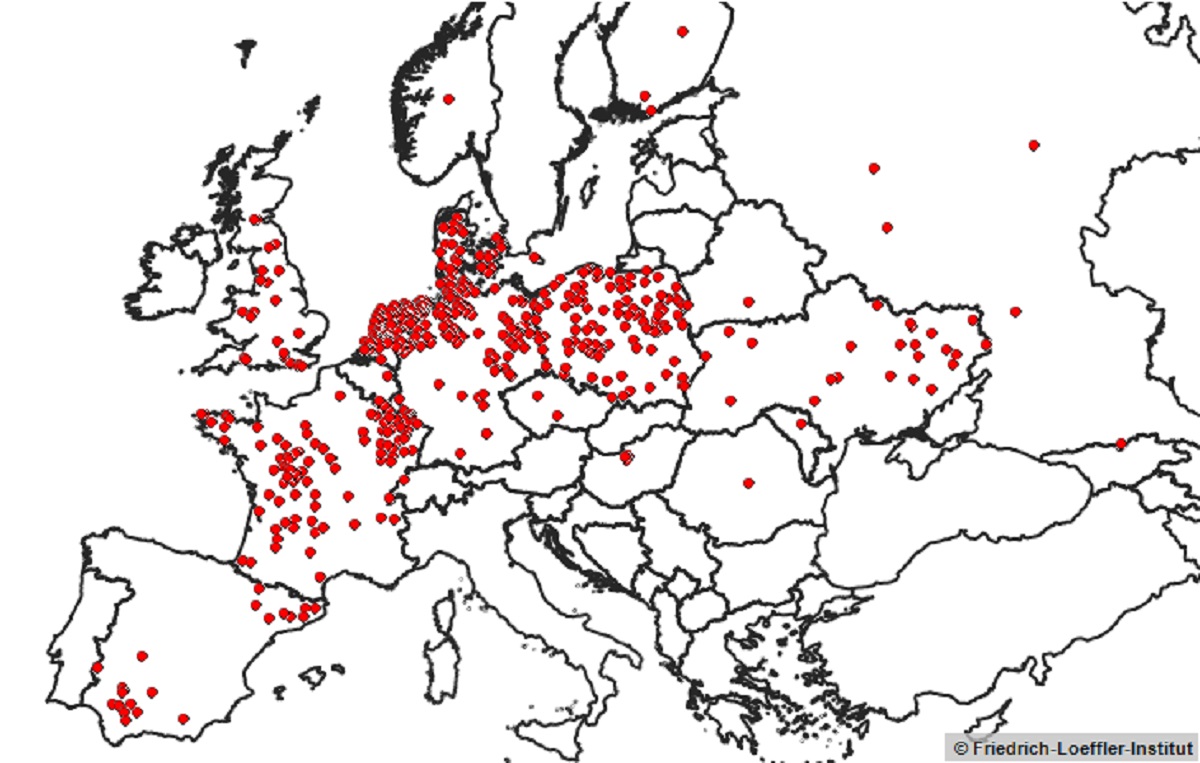 Figure 1: Rabies cases in bats as reported in Europe between 2000-2018, visualized using the mapping tool implemented in the Rabies Bulletin Europe website.

The transmission of bat rabies to terrestrial mammals („spillover“) is a rare incident. In 1998 and in 2002, EBLV-1-induced rabies cases were detected in sheep in Denmark. The first spill over to wildlife species was confirmed in 2001 when in Germany a stone marten tested EBLV-1 positive. France also reported EBLV-1 infections in two cats in 2003 and 2007, respectively. So far, spill-overs of EBLV-2, BBLV, WCBV and LLEBV into animals has not been reported.

Even though the risk of possible exposure to bat lyssaviruses is low, sporadic human rabies cases following a bat bite have been described. In 1977 the first confirmed human case of EBLV-1 associated with a bat bite in Europe was reported in the Ukraine. A further case of a fatal EBLV-1 infection in humans occurred in 1985 in Russia. A Swiss biologist who had multiple bat bites died in Finland in 1985. Rabies was laboratory confirmed and EBLV-2 was isolated for the first time. The second confirmed case of an EBLV-2 infection following exposure to bats was a 56-year-old bat conservationist from Angus, Scotland who died in November 2002. Both bat biologists were not preventively vaccinated against rabies. A further case of bat associated rabies was reported in the Ukraine, although not confirmed by laboratory tests.